Stuck in the 90s with your MPLS? Switch to SD-WAN for 21st-century success 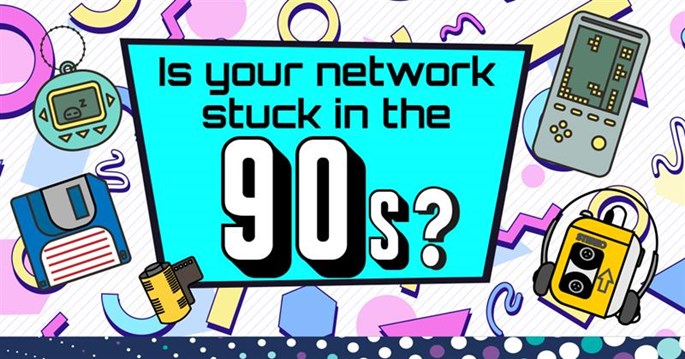 Is your multiprotocol label switching, or MPLS, holding your business back, but you’re reluctant to give up that old familiar face of network infrastructure you’ve grown accustomed to for over 20 years? Well, we look at why it might be time to drag yourself out of the 90s and seek 21st-century success with software-defined wide area network, or SD-WAN, which may just provide a better way to handle the demands of the modern working world.

First appearing on the scene in 1997, multiprotocol label switching, or MPLS, was an innovation introduced by the Internet Engineering Task Force, and, for the uninitiated, is a traffic routing technique in telecom networks. This has served the business world well, as a mainstay of enterprise connectivity, until now, but perhaps the time has come for this old man of the IT landscape to step aside for a newer kid on the block, software-defined wide area network, or SD-WAN – a virtual WAN architecture – to take the reins. Indeed, although the 90s spawned some truly remarkable inventions, that shaped the technology of today, after 20 years of ruling the roost, MPLS may have had its day. After all, it’s unlikely you would contemplate using many other ageing 90s arrivals, such as the PalmPilot personal digital assistant, a forerunner to Alexa and Siri, so let’s take a look at the benefits of moving from MPLS to SD-WAN, as well. 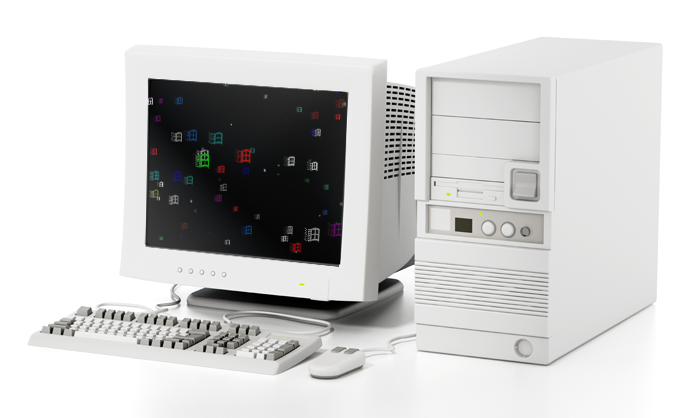 Moving with the times

As the sea of IT devices and applications gets ever bigger and continues to rapidly evolve from the distant days of the 90s, the network architecture that supports and underpins it all likewise needs to move with the times too. Although MPLS provides a reliable, fixed level of bandwidth, it was designed in a bygone era before the requirements of today’s technology, and because of the continuously expanding volume of data generated by modern devices and networks, an MPLS connection can constrain connectivity. However, in contrast, SD-WAN provides an alternative approach to managing traditional WANs and network connectivity. As an overlay technology, it enables businesses to optimise traffic routing using a variety of data transport services, including MPLS and Internet broadband services. In fact, with its virtualised infrastructure, SD-WAN has the flexibility and scalability to meet the ever-changing demands of today’s business technology.

While all network traffic requires bandwidth to function, some modern applications, such as the voice and video features the world now relies on for remote working, have latency requirements that need to be constantly monitored, and this is where SD-WAN comes into its own. When many applications are running through the same connection tunnel, latency-sensitive traffic has to be prioritised, requiring functions like application recognition, load balancing, traffic shaping and prioritisation between different connections, which MPLS does not provide. SD-WAN, on the other hand, recognises applications and can adapt bandwidth and other services appropriately. It can initiate multiple parallel connections, supply granular load balancing between these, and also fail over to another connection if bandwidth availability drops. Therefore, as SD-WAN enables network administrators to use bandwidth more efficiently, and ensure optimal performance for critical applications, it is becoming increasingly in demand, and is providing the network backbone for enterprises to achieve their digital transformation goals.

Indeed, this versatility is now giving SD-WAN the edge over MPLS, putting it ahead in the practicality and popularity stakes. In fact, a recent survey, found that the demand for SD-WAN is skyrocketing, as 43% of enterprises surveyed had installed SD-WAN in 2020, compared to just 18% in 2018, and Futuriom recently reported that the market is growing at a compound annual growth rate of 34%. What’s more, the uptake of SD-WAN is likely to rise even further, as it has become essential to enable the high-quality performance, and good user experience, required for cloud-based technology, which is also rapidly rising in popularity. In contrast, such cloud-based applications do not work well with a closed network like MPLS. So, the future is looking increasingly ‘cloudy’, but brighter by the day for SD-WAN, as another new report found that the majority (57%) of businesses surveyed already had more than half of their IT infrastructure in the cloud, and it predicted that within five years 64% of organisations will have moved their entire infrastructure to the cloud. In fact, if anything, this trend has accelerated even further in recent months, with increased adoption of cloud-based services, such as contact centre as a service (CCaaS) and unified communications as a service (UCaaS), which are helping to keep the world connected, while so many work remotely. However, the benefits SD-WAN has to offer do not end there, as another major advantage is that it provides a particularly cost-effective solution. In fact, in a recent survey, 58% of respondents said their primary motivation for deployment of SD-WAN was the cost savings it could bring. Indeed, as a software-based, rather than hardware-based, solution, it can be more easily and quickly deployed, scaled and managed, at a fraction of the cost, that it takes for MPLS. What’s more, SD-WAN’s greater agility pays off, as if you are opening up new offices, time can be money, and it enables you to set up secure and reliable networks speedily, using whatever ISPs are most appropriate for each location. In addition, SD-WAN can also lower connectivity costs and reduce ongoing operating expenses by enabling enterprises to switch from expensive MPLS lines to less costly alternatives, like fibre broadband.

So, the advantages SD-WAN can offer are certainly stacking up, and seem to be tipping the scales in its favour. While MPLS may have moved the business world on in the 90s, and helped enable enterprises to progress to bigger and better things in the 21st century, the time seems to have come for it to gracefully retire and hand the baton to SD-WAN. This newer solution also offers the advantage of providing end-to-end visibility of your entire network, by supplying access to a portal that displays performance metrics for each location. As a result, you can clearly see how well your services are performing, and ensure that everything is working at optimal capacity. With MPLS, however, it can be very difficult to gain such deep insights, leaving IT teams struggling to optimise their environments.

Keeping it simple and secure

Finally, as businesses open themselves up more and more to the cloud, they become increasingly exposed to major security threats and compliance issues. In addition, an ever-growing range of users, including an expanding remote workforce, guests and customers, accessing applications, can make it extremely challenging for organisations to protect their critical assets. It is therefore essential that enterprises employ an up-to-the-minute solution that can simplify network management and handle such complexity, which SD-WAN can certainly do. Indeed, with its automation, centralised management and detailed reporting functions, it is more than up to the job. It is also vital that the SD-WAN solution deployed has strong, integrated security features, as no business can afford to leave itself open to the explosion of cyberthreats, such as ransomware, the world is now seeing. Prodec’s SD-WAN solution therefore includes industry-leading FortiGate next-generation firewall (NGFW) security, WAN optimisation capabilities, and advanced routing, to deliver multi-layered protection from even the most worrying security threats.

So, to equip your business for the challenges that modern-day working and today’s technology can throw at it, and ensure that you are set up for 21st-century success, try switching to SD-WAN, and give your 90s throwback MPLS a well-deserved rest.

If you would like to learn more about how SD-WAN from Prodec could work wonders for your business, or to discuss your organisation’s particular network needs, contact one of our experts today.

Future-proof your network infrastructure with managed SD-WAN from Prodec Networks.

Firewall as a Service

The rise of the modern workforce How to lower network costs without compromise The Everywhere Office: Introducing The Modern Workplace